ROME, ITALY: HE Dr. Abdullah Al Rabeeah, Advisor – Royal Court and the Supervisor General of King Salman Humanitarian Aid and Relief Centre (KSrelief) participated as the Key Guest speaker at the meeting of the second regular session of the Executive Board of the World Food Programme 2021 which was held in Rome, Italy on Monday, 15 November 2021.

Dr. Al Rabeeah extended his thanks and appreciation to the World Food Programme and its Executive Board for inviting him to participate in this important meeting. He also extended his   sincere congratulations to WFP for being awarded the 2020 Nobel Peace Prize; stating that this honor is very well-deserved and reflects the world community’s understanding of the vital role WFP plays in alleviating the suffering of so many people in need around the world.

He stated that the partnership between the Kingdom of Saudi Arabia and WFP extends over a period of more than 45 years. He noted that from the outset, the cooperation was based on  mutual dedication to providing urgent and comprehensive assistance, particularly food aid, to communities and populations facing severe food shortages due to such crises as natural disasters, conflicts, and internal and cross-border migration.

Dr. Al Rabeeah added that this partnership began in the wake of the economic crisis of 1973. The Kingdom provided USD 50 million to WFP between 1975 and 1976 to support its food aid projects targeting beneficiaries affected by this crisis. This donation played a major role in establishing WFP as a distinguished international humanitarian actor. When the global financial crisis erupted in 2008, the Kingdom announced the provision of a historic and generous grant in the amount of USD 500 million to WFP to support its food aid projects and provide urgent food assistance for millions of people affected by high food prices.

Dr. Al Rabeeah further added, “In 2014 the Kingdom also contributed more than USD 200 million to provide food for displaced families in Iraq, as well as refugees from Syria, South Sudan and Somalia. The Kingdom continued its role in supporting WFP providing, between 2005 and 2021, an estimated USD 1.9 billion to support 124 projects in the food and food security sectors. In addition the Kingdom’s annual “Gift of Dates” project has provided 4,500 tons of Saudi-grown dates to be distributed through WFP to provide nutritional assistance and support for communities in need in a number of countries.”

Dr. Al Rabeeah stated the partnership between the Kingdom of Saudi Arabia and the World Food Programme witnessed a historic transformation with the inauguration in May 2015 of the King Salman Humanitarian Aid and Relief Centre (KSrelief) by the Kingdom’s leadership. KSrelief was  established to act as the Kingdom’s humanitarian arm to manage, coordinate and monitor all of the Kingdom’s international aid. Since KSrelief’s inception, WFP has been one of the center’s strongest and most effective partners in addressing challenges caused by hunger, food insecurity and the devastating effects of malnutrition. There is also a permanent WFP representative at the center to enhance high-level coordination between the two organizations. Until 2021, KSrelief contributed USD 1.23 billion to WFP for food assistance programs to 24 countries. In Yemen, 27 programs have been implemented with WFP at a cost of USD 1.16 billion. The locations of these projects included areas under the control of Houthi militias, who deliberately commit many humanitarian violations, including blocking access to aid delivery and stealing aid to be used for their own purposes. KSrelief and WFP and other humanitarian aid providers have all been affected by these violations, which limit the ability of aid agencies to reach targeted beneficiaries. We therefore appeal to the international community and to humanitarian organizations, particularly the WFP, to play an active role in forcing the Houthi militias to stop these illegal practices and accept peaceful solutions to the conflict in Yemen, according to the three references and the Saudi peace initiative in Yemen.”

Dr. Al Rabeeah stated that “KSrelief deeply appreciates the strong strategic partnership with the World Food Programme and values the many years of close cooperation between WFP and the Kingdom of Saudi Arabia. We also appreciate WFP’s effective responses and rapid intervention over the past two years in areas that have been deeply affected by the COVID-19 pandemic, as well as climate change and other crises, which pose a great challenge to humanitarian aid providers, especially because of its negative impact on our ability to reach those who are most in need of our assistance. Despite the many challenges, WFP continued to implement its projects effectively, and managed last year to target approximately 139 million beneficiaries in 85 countries in which WFP operates.”

In conclusion, Dr. Al Rabeeah stated, “KSrelief affirms that our joint mission is to address food insecurity and improve the health and living conditions of vulnerable communities around the world. We must redouble our efforts to develop more sustainable solutions to fight hunger and alleviate suffering, because we understand that saving lives, restoring dignity and providing hope are both our primary responsibility and our greatest privilege.” 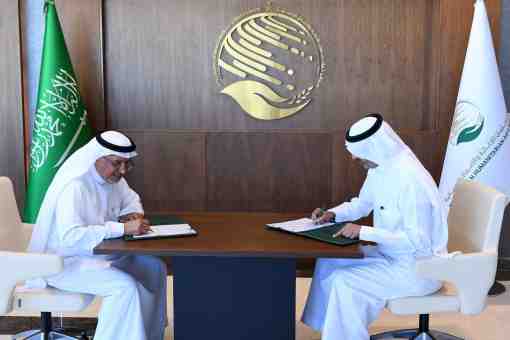 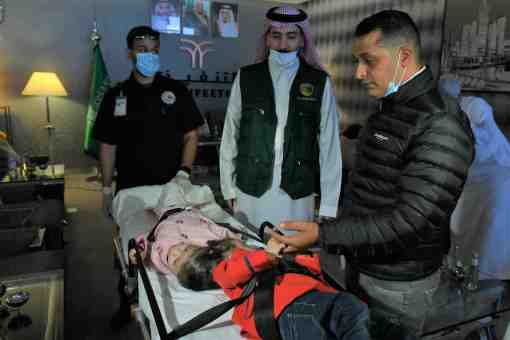 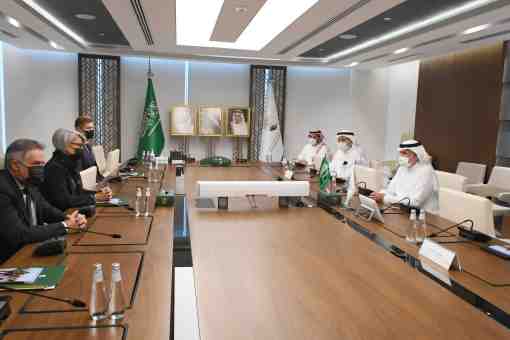